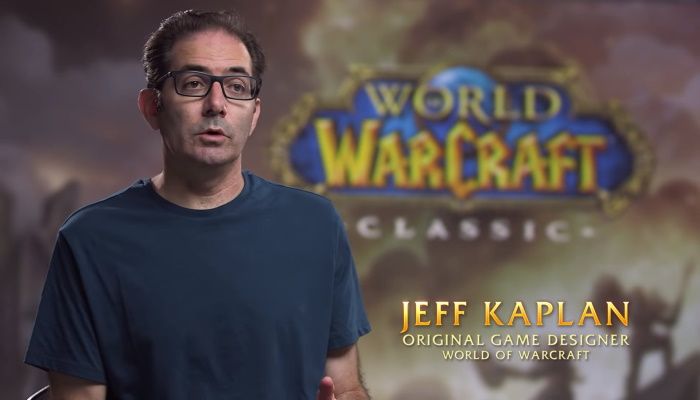 Blizzard luminaries such as Jeff Kaplan and Pat Nagle discuss in the video how developing World of Warcraft was back in the day, from recounting the very first quests they worked on as well as why WoW really felt magical to them, even as creators.

You can check out the full video below – what are some of your fondest memories of the original WoW that you’re hoping is rekindled in Classic? Let us know in the comments!


Joseph Bradford / Joseph has been writing or podcasting about games in some form since about 2012. Having written for multiple major outlets such as IGN, Playboy, and more, Joseph started writing for MMORPG in 2015. When he’s not writing or talking about games, you can typically find him hanging out with his 10-year old or playing Magic: The Gathering with his family. Also, don’t get him started on why Balrogs *don’t* have wings. You can find him on Twitter @LotrLore

Activision strikes while the iron is cold with Call of Duty:...

League of Legends: Kanavi’s esports Agency Under Suspicion for Failing to...

Riot rumoured to be working on plans to create League of...

Twitch Streamers Could Be About to Get So Much Richer

Amazon: No more third-party sales of “Nintendo products” without approval