Using a self-hosted option or TeamSpeak’s own TST Platform, the new version enables tournament events to pivot from live, in-person competitions to be all virtual. TeamSpeak makes online communication services for competitive online gaming, and its app has more than 135 million downloads in the past year.

The Overwatch League already uses TeamSpeak Tournament Edition and the TST Platform, selecting it as its official voice supplier for the 2020 to 2023 seasons.

“It’s a pretty significant upgrade to the existing client-server products that are used by millions of people,” said Michael Howse, an adviser to TeamSpeak, in an interview. “This is specific to the league use case. We built a super lightweight client that has about a 10-megabyte footprint. It is very small, very light, and super low-latency. This improves performance for high-performance teams.”

The new version represents a change in the business model for TeamSpeak.

“Blizzard was the first project we put together where we can do some custom implementation of TeamSpeak as a service,” Howse said.

Meanwhile, iRacing is also using TeamSpeak Tournament Edition and the TST Platform. Also reacting to the coronavirus, iRacing is bringing the world’s top motorsports teams and brands online in virtual car racing competitions. Partnering with the industry’s recognized names like eNASCAR, eIndyCar, and others, iRacing is leveraging TeamSpeak’s voice technology and services, beginning with the 2020 season.

The plan at iRacing is to reach more than 2 million virtual spectators per race in livestreams, and millions more via live TV broadcasts on Fox Sports and NBC Sports. 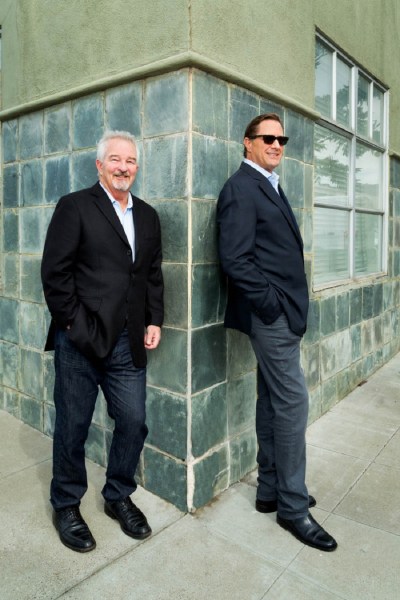 Above: Greg Ballard and Michael Howse of Eleven VC

As part of this launch, the company also announced the appointment of three game industry veterans and serial entrepreneurs to its board of advisers.

They include Howse, a general partner of Eleven Ventures, the former CEO of Bigfoot Networks, and an executive board member of UCLA Ventures; Kent Wakeford, a cofounder and the vice chairman of Gen.G Esports and the former COO of Kabam; and Greg Ballard, also a general partner at Eleven Ventures, a board member of Turtle Beach, and a former executive at Warner Interactive, and former CEO of Glu Mobile. These experienced advisers will provide their insights and guidance as TeamSpeak continues to scale.

“We came together to help the company to really modernize its vision and its business model,” Howse said.

TST helps the teams communicate with each other and to talk with managers. Production personnel and commentators can also use the tool. Up to 200 people can use it. Doing this work helped deepen the relationship with Blizzard, which was hobbled by the coronavirus.

“Most of those people are working from home now, so they’re all working from home all using Teamspeak globally to play their games and also to manage the production itself,” Howse said. “We ware in a stay-at-home world now. We had to modify the product into a service That allowed the league to continue to do business and to attract the large audiences.” 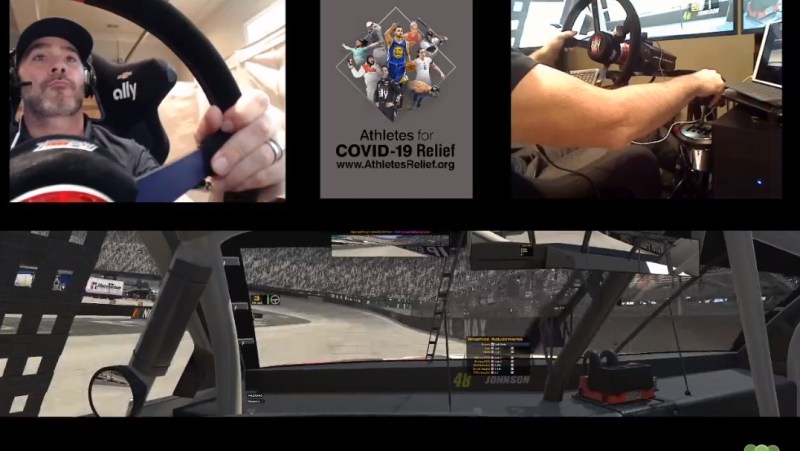 Above: NASCAR racing legend Jimmy Johnson in an iRacing simulator.

TeamSpeak also had a relationship with iRacing, where NASCAR racing legend Jimmy Johnson participated in a virtual racing competition using a racing simulator.

“This past weekend, the results they had were extraordinarily impressive,” Howse said. “They streamed to millions of users on Fox Sports and NBC Sports, with the traditional NASCAR commentators in Teamspeak.”

The broadcast helped show that traditional racing show TV audiences will watch an esports event, Howse said. He noted that Johnson had 38,000 followers watching him inside the racing simulator and he was communicating with broadcasters and his team at the same time. TeamSpeak has 45 employees, and it has been self-financed to date.

While other services have had a lot of outages related to the surge in internet usage, TeamSpeak hasn’t had those problems, partly because of its lightweight architecture, Howse said.

“Because of the way the product is architected, it has this kind of instant failover capability,” he said. “There’s a  big advantage that we have in scalability, with this novel client-server architecture. That is really working for us extremely well right now. And I think people really feel the difference because you can deploy it locally and you can deploy TeamSpeak server in your house. The technology does exactly what it’s supposed to do in this coronavirus crisis, and it’s been never been more popular.”

NFL beefs up 2020 schedule by adding two Saturday triple-headers with...

A Guide for How to Play in the Neekoverse

The worlds of sports and esports continue to get smaller, as...

How To Compare Games With And Without Ray Tracing With Your...

Twitch Prime To Offer Over 20 SNK Games For Free